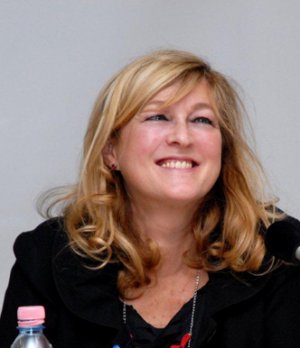 Historian, Director-General of the House of Terror Museum and the Institute of the Twentieth Century

Prof. Mária Schmidt, PhD historian, holder of the Széchenyi Prize, Director-General of the House of Terror Museum, the Institute of the Twentieth Century and the Institute of the Twenty-First Century. She graduated from Eötvös Loránd University with degrees in history and German language and literature. She acquired her doctoral degree in 1985 and her PhD degree in 1999. From 1996 she worked as a senior lecturer and from 2000 as an associate professor at Pázmány Péter Catholic University. In 2005 she received her Doctor Habil. Degree. She has been an university professor since 2010. She has worked at the Universities of Vienna and Innsbruck, Oxford and Paris, the Technische Universität of Berlin, Tel-Aviv University, the Yad Vashem in Jerusalem, the Universities of New York and Bloomington, as well as the Hoover Institute in Stanford either with a postgraduate scholarship or as a guest professor. Between 1998 and 2002 she was the chief advisor to the Prime Minister. Since 2002 she has been a board member of the international Ettersberg Foundation established with the aim of carrying out comparative research on 20th century European dictatorships and democratic transitions. She has been the member of the Academic Committee of the House of European History in Brussels since 2008. She was the Government Commissioner of the Memorial Year of the 1956 Revolution between 2015 and 2017. She is the author of several historical books. Since January 1st 2018 she has been the appointed Government Comissioner to coordinate the commemorations of the First World War.